Since 1999, Passionately helping to create you,
a lifetime experience...
Activity You wish to do
Destination You would like to go
About Us Why choose Us
Hike, bike, Climb, Yoga, Trek, Family and school Holidays.
Group Tours or Tailor-Made

Birth Place of Buddha is also Popular for Pilgrimage Sites in the Nepal, Here we have Lumbini Tour packages for 2018/19. Contact us earthbound@wlink.com.np

﻿Lumbini is the ultimate pilgrimage for every Buddhist – The Star of Asia and symbol of peace.
Lord Buddha was born in Lumbini while his mother was on her way to her parental home from Kapilvastu. He was born during the full moon day in the month of Baisakh in 623 B.C and is believed to have been born under a Saal tree (Shorea Robusta) when Maya Devi (his mother) was going to her maternal town on the occasion of the delivery.  After his ﻿birth, Buddha took seven steps towards north, which is now shown as seven lotus flowers and looking in all directions, he declared that “I am the foremost of all creatures to cross the middle of the ocean of the existence, this is my last birth and hereafter, I will not be born again”.

This newly born Hindu Prince named Siddhartha had supernatural birth signs, which indicated that the newborn child will bring deliverance to the world. Ascetic (Rishis) warned the king that the boy might renounce the world anytime if he happens to come across, the diseased, an old man, dead body or the ascetic.
The king, alarmed to hear this, married Prince Siddhartha at an early age and almost imprisoned him in pleasure palaces, providing therein all kinds of enjoyments so he will be happy and stay there. However, the prophecy came true and he became The Buddha.

Lumbini should be visited and be seen by devotees, as it is the being of one of the four holy places of Buddhism.
The other sites are Boudhagaya, Kushinagar, and Sarnath in India.

ATTRACTIONS IN AND AROUND LUMBINI
The birth place itself is interesting as a whole with its landscapes and the green forestry. Maya Devi Temple, the Stupas and the Pillar built by great King Ashoka alone are worth a visit.
Recently, several beautiful shrines have been constructed by devotees from all over the world.
A visit to Lumbini is not only for spiritual enlightenment but also for solace and satisfaction that one gets in such a calm and peaceful place.

THE ASHOKAN PILLAR was inscribed and essentially erected by Ashoka in 249 BC.

• The inscription on the pillar (the oldest in Nepal) declares that Ashoka granted Lumbini tax-free status in honor of Buddha’s birth. It is 6meters high and half of it is beneath the ground. It is behind the Maya Devi Temple, and to the west of the temple.

THE BUDDHIST MONASTERY was built the modern way but is quite important in shedding a light in relation to the architecture on the walls. The middle hall contains some exquisite murals resembling the medieval periods’.

KAPILVASTU – A holy destination related deeply with the life of the Lord Buddha.
Kapilvastu is the place where Lord Buddha lived his childhood and the days of teenage years, in complete luxury. The capital of King Shuddhodhan, Kapilvastu still carries with it the mystic charm. It houses many sculptures of Buddhism, which presents a landscape before visitors which makes them feel calm and content. Kapilvastu carries the visitors away to the ancient days when Buddha was a small child and a prince.
The place is situated 27 kilometers south of Lumbini.

HOW TO GET TO LUMBINI?

We head to Pokhara early in the morning which is 200 kms west of Kathmandu and takes 6-7 hours in a tourist bus. The drive takes you through the serpentine roads with a dazzling view of the rivers and a Himalayan background. At Pokhara, you’ll be enchanted by the natural beauty it has to offer as you boat in the famous Fewa Lake while looking at the snowcapped Macchapuchre. Visit the temple of Tal Barahi and discover the secrets of the majestic Davis Falls. Breakfast included. Overnight at hotel.

You must abide by the proverb ‘Early bird catches the worm’, if you want to see the magnificent sunrise in Sarangkot. The morning rays hitting the snowy peaks of Annapurna and Macchapuchre gives it a slight hint of gold. It is located 10.1 kms from Pokhara. After returning from there, the remaining day will be spent on visiting different locations in Pokhara that include Bindhabasini Temple and Gupteshwor Cave. Breakfast included. Overnight at hotel.

Today drive to Lumbini from Pokhara which is 168.9 km via the Siddhartha Rajmarg. The scenic drive transforms from emerald hills, flowing rivers to flat plains and hot climate. Upon arrival transfer to Hotel. Lumbini is the focal point for Buddhists all over the world as it is the birthplace of the founder of Buddhism, Gautam Buddha. Thousands of tourists visit this religious site to pay homage to the Lord. Travelers are bound to be amazed by the ancient ruins, articrafts and temples located in this area. Breakfast included. Overnight at hotel.

Prepare yourself as you explore the land that Gautam Buddha walked on and witness the same sceneries that Buddha witnessed but with a twist of modernization. Head towards the Mayadevi temple and pay regards to the mother of Buddha. Lumbini consists of many excavation sites. Ruins of the once magnificent city still remain there. Other important landmarks include the Myanmar Golden Temple, World Peace Pagoda, various monasteries and the ancient Ashoka Pillar with inscriptions clearly validating the fact that Lumbini is the birthplace of Lord Buddha. Breakfast included. Overnight at hotel.

Drive back to Kathmandu

Today head back to Kathmandu. The drive takes approximately 8 hours and covers a total of 272 kms via the East West Highway. The drive maybe long but the beautiful landscape makes up for it. Upon arrival in Kathmandu, if you have the energy then don’t forget to shop for souvenirs. Enjoy your last night in Nepal by tasting the delicious cuisine while attending a cultural show. Breakfast and Dinner included. Overnight at hotel.

The trip concludes. Our representatives will drop you at the international airport for your final departure from Nepal. Breakfast included.

Check out the selection of date for availability 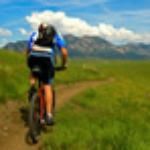 Thanks Rajan for organising the Nepal Trip for us. Since the strong recommendations about this company on the web, and the fast response from Rajan, we finally chose to have the Nepal Trip with Earthbound. We went Kathmandu, Chitwan, Lumbini, Pokahra, and Jomsom in this trip. I highly recommend others to join Earthbound like us. It is because we went Jomsom, and the flight was cancelled for 2 days due to weather condition. If we didnt join the tour, we have to do a lot of follow-up work once there is any delay/ cancellation. But now, Rajan and team really help us a lot. :) 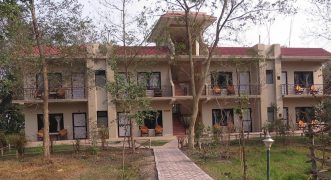 Lumbini Buddha Garden is a quiet and tranquil Resort close to the birthplace of Lord Buddha, at Lumbini in south-central Nepal. The garden boasts a private haven of tranquillity surrounding the resort, in a sense a spiritual ‘buffer zone’ from the outside world for visiting tourists. Visitors to the garden find an environment where they can meditate and relax in peace, as well as learning about Buddhism should they wish to do so. The Lumbini Buddha Garden Resort is set in a natural environment so that, during a stay, our guests feel that they are living in true harmony with nature. The Garden is close to the original Lumbini Grove and will act as a complement to the latter.

﻿The Bardia National Park was established in 1969 as a Royal Hunting Reserve. In 1976 …

﻿Nepal Luxury tour: After we received an overwhelming response from our personalized adventure and luxury …

Everest Base camp trek, an adventure trekking experience in the World’s highest Mountain is on …

We take you under our wing once you have decided to travel with us,…

Authenticity runs deeps in our company, a very important reason why we like to…

Value for money and time

Planning a holiday can be stressful, especially in regards to time and money. Hence,…

Our team members comprise of long-term, experienced individuals who are often born and lived…

All of our listed package itineraries are tried and tested for suitability. Our past…

Itinerary and Date can be customized as per your interest. Cost based on minimum 2 person twin sharing rooms.

By traveling with Earthbound Expeditions, you support eco adventures, sustainable tourism and contribute to our efforts to build schools, libraries and participate in philanthropic activities.
Find your trip
Copyright © 2011–2021 EarthBound Expeditions. All rights reserved.